Events over the past few years have revealed several human rights violations associated with increasing advances in artificial intelligence (AI).

Algorithms created to regulate speech online have censored speech ranging from religious content to sexual diversity. AI systems created to monitor illegal activities have been used to track and target human rights defenders. And algorithms have discriminated against Black people when they have been used to detect cancers or assess the flight risk of people accused of crimes. The list goes on.

As researchers studying the intersection between AI and social justice, we’ve been examining solutions developed to tackle AI’s inequities. Our conclusion is that they leave much to be desired.

Some companies voluntarily adopt ethical frameworks that are difficult to implement and have little concrete effect. The reason is twofold. First, ethics are founded on values, not rights, and ethical values tend to differ across the spectrum. Second, these frameworks cannot be enforced, making it difficult for people to hold corporations accountable for any violations.

Even frameworks that are mandatory — like Canada’s Algorithmic Impact Assessment Tool — act merely as guidelines supporting best practices. Ultimately, self-regulatory approaches do little more than delay the development and implementation of laws to regulate AI’s uses.

And as illustrated with the European Union’s recently proposed AI regulation, even attempts towards developing such laws have drawbacks. This bill assesses the scope of risk associated with various uses of AI and then subjects these technologies to obligations proportional to their proposed threats.

As non-profit digital rights organization Access Now has pointed out, however, this approach doesn’t go far enough in protecting human rights. It permits companies to adopt AI technologies so long as their operational risks are low.

Just because operational risks are minimal doesn’t mean that human rights risks are non-existent. At its core, this approach is anchored in inequality. It stems from an attitude that conceives of fundamental freedoms as negotiable.

So the question remains: why is it that such human rights violations are permitted by law? Although many countries possess charters that protect citizens’ individual liberties, those rights are protected against governmental intrusions alone. Companies developing AI systems aren’t obliged to respect our fundamental freedoms. This fact remains despite technology’s growing presence in ways that have fundamentally changed the nature and quality of our rights.

A side event at the 76th Session of the UN General Assembly on New Tech and Human Rights.

Our current reality deprives us from exercising our agency to vindicate the rights infringed through our use of AI systems. As such, “the access to justice dimension that human rights law serves becomes neutralised”: A violation doesn’t necessarily lead to reparations for the victims nor an assurance against future violations, unless mandated by law.

But even laws that are anchored in human rights often lead to similar results. Consider the European Union’s General Data Protection Regulation, which allows users to control their personal data and obliges companies to respect those rights. Although an important step towards more acute data protection in cyberspace, this law hasn’t had its desired effect. The reason is twofold.

First, the solutions favoured don’t always permit users to concretely mobilize their human rights. Second, they don’t empower users with an understanding of the value of safeguarding their personal information. Privacy rights are about much more than just having something to hide.

These approaches all attempt to mediate between both the subjective interests of citizens and those of industry. They try to protect human rights while ensuring that the laws adopted don’t impede technological progress. But this balancing act often results in merely illusory protection, without offering concrete safeguards to citizens’ fundamental freedoms.

To achieve this, the solutions adopted must be adapted to the needs and interests of individuals, rather than assumptions of what those parameters might be. Any solution must also include citizen participation.

Legislative approaches seek only to regulate technology’s negative side effects rather than address their ideological and societal biases. But addressing human rights violations triggered by technology after the fact isn’t enough. Technological solutions must primarily be based on principles of social justice and human dignity rather than technological risks. They must be developed with an eye to human rights in order to ensure adequate protection.

One approach gaining traction is known as “Human Rights By Design.” Here, “companies do not permit abuse or exploitation as part of their business model.” Rather, they “commit to designing tools, technologies, and services to respect human rights by default.”

This approach aims to encourage AI developers to categorically consider human rights at every stage of development. It ensures that algorithms deployed in society will remedy rather than exacerbate societal inequalities. It takes the steps necessary to allow us to shape AI, and not the other way around. 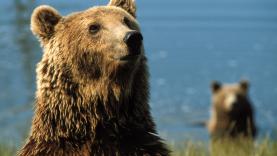