The network and the curve: the relevance of staying at home 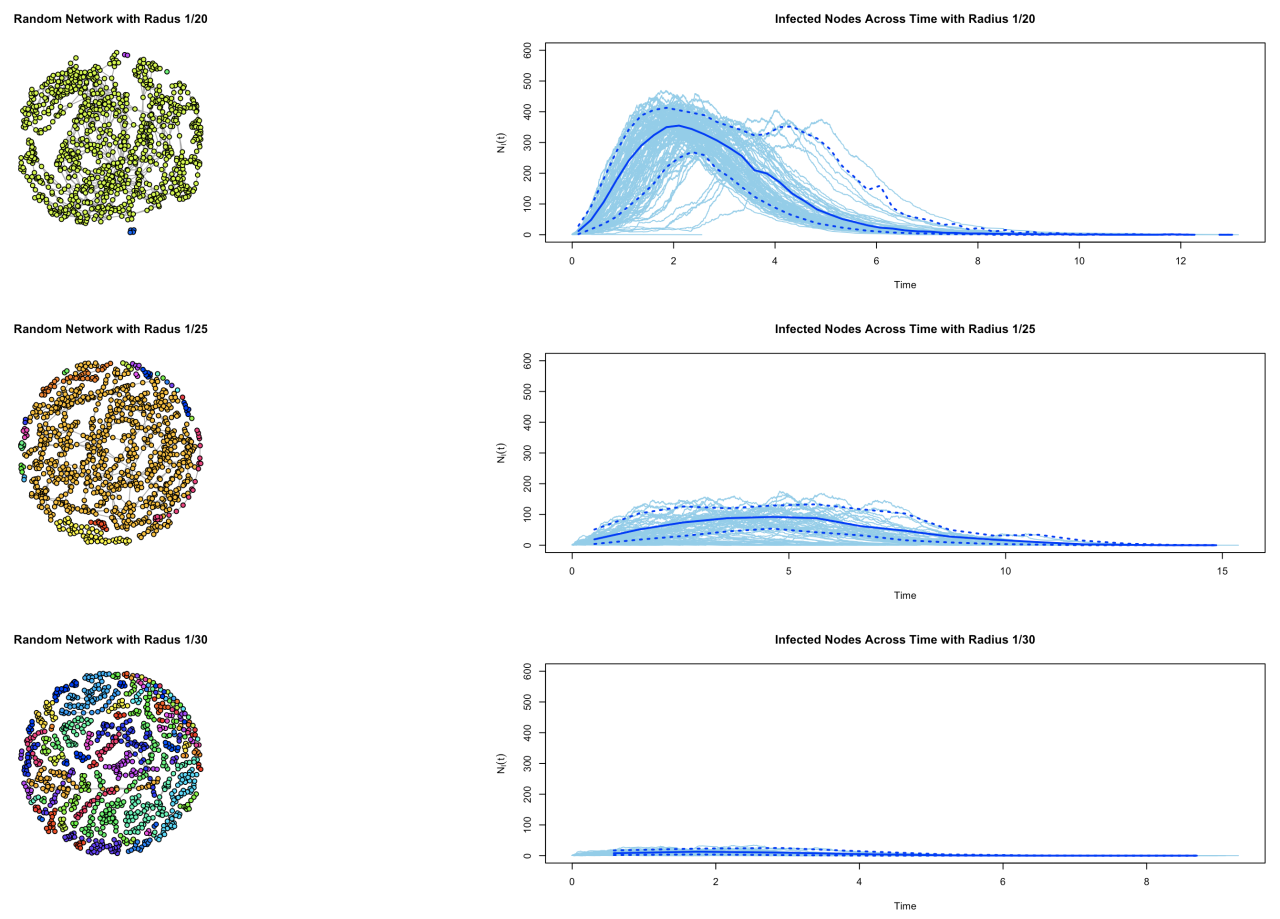 Humans form networks by interacting with each other. Network science studies the impact of individual interactions on a system as a whole. The actions taken during the past weeks by governments around the world to diminish the rate at which the new COVID-19 spreads, affect the way in which we interact. Therefore, they affect the structure of our network. The goal of these measures is to reduce the size of the clusters in which we move (the number of our interactions), in order to slow down the spread of the virus. In this article we illustrate the relationship between the shape of the network and the contagion curve. While the information shown here is not new, our aim is to create interesting illustrations for the readers.

Using the programming language R, we build three networks with the same number of individuals but different types of relationships. The networks differ in the number of ties that its members have with each other. Each of the three networks illustrates a different scenario: no isolation, medium isolation, strong isolation. In the next step we simulate how a virus similar to COVID-19 propagates thought the different networks. For each network we simulate the corresponding contagion curve. The results show how the structure of the network (i.e. the number of ties between individuals) influences the contagion curve. This is why “social distancing” or isolation can slow down the spread of the virus. 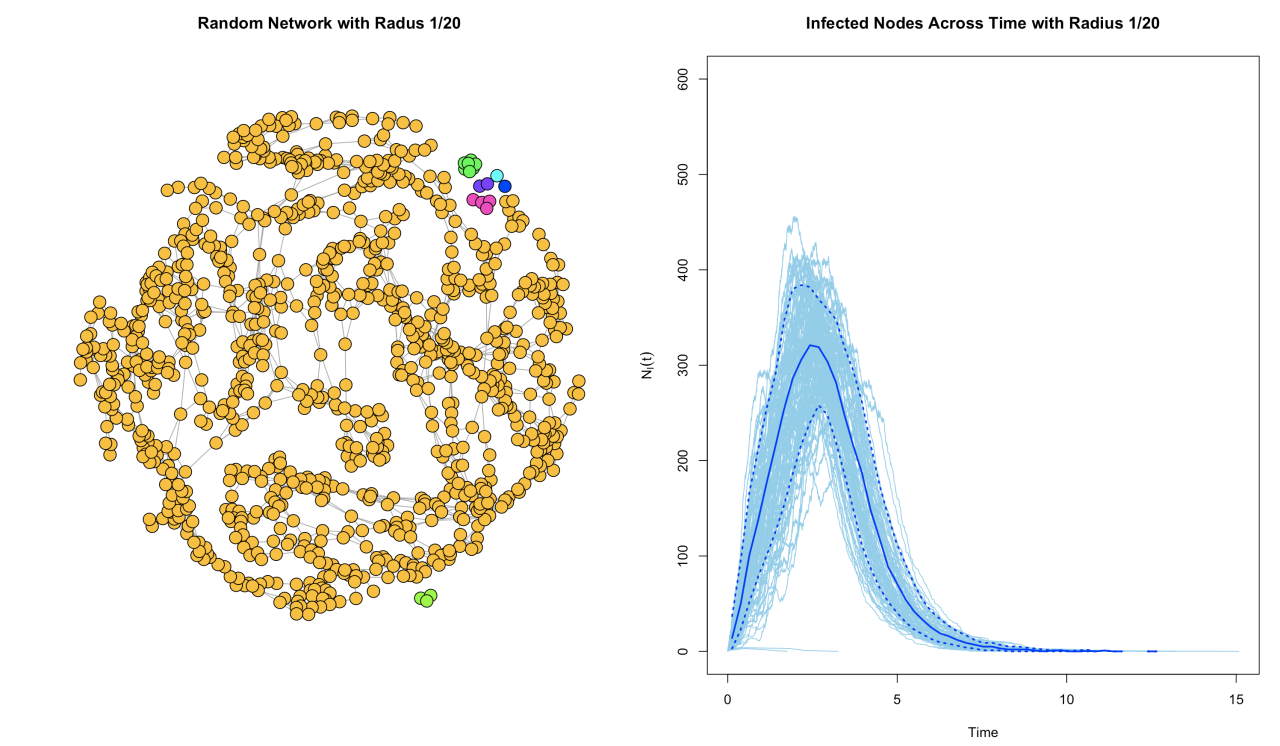 The image on the left shows a networks with 1000 individuals. Each node represents an individual, the nodes with the same color are interconnected and therefore form a connected cluster. This is a highly connected network with a big cluster (yellow) and five small clusters (green, blue, turquois, pink). We run the SIR model (N. F. Britton: Essential Mathematical Biology. 1. Auflage. Springer, Berlin 2003, ISBN 1–85233–536-X) for infectious disease over this network, with a Beta equal 3 and a Gamma equal 1 (Beta and Gamma correspond to the contagion and recovery rates). The image on the right shows the contagion rate over time. 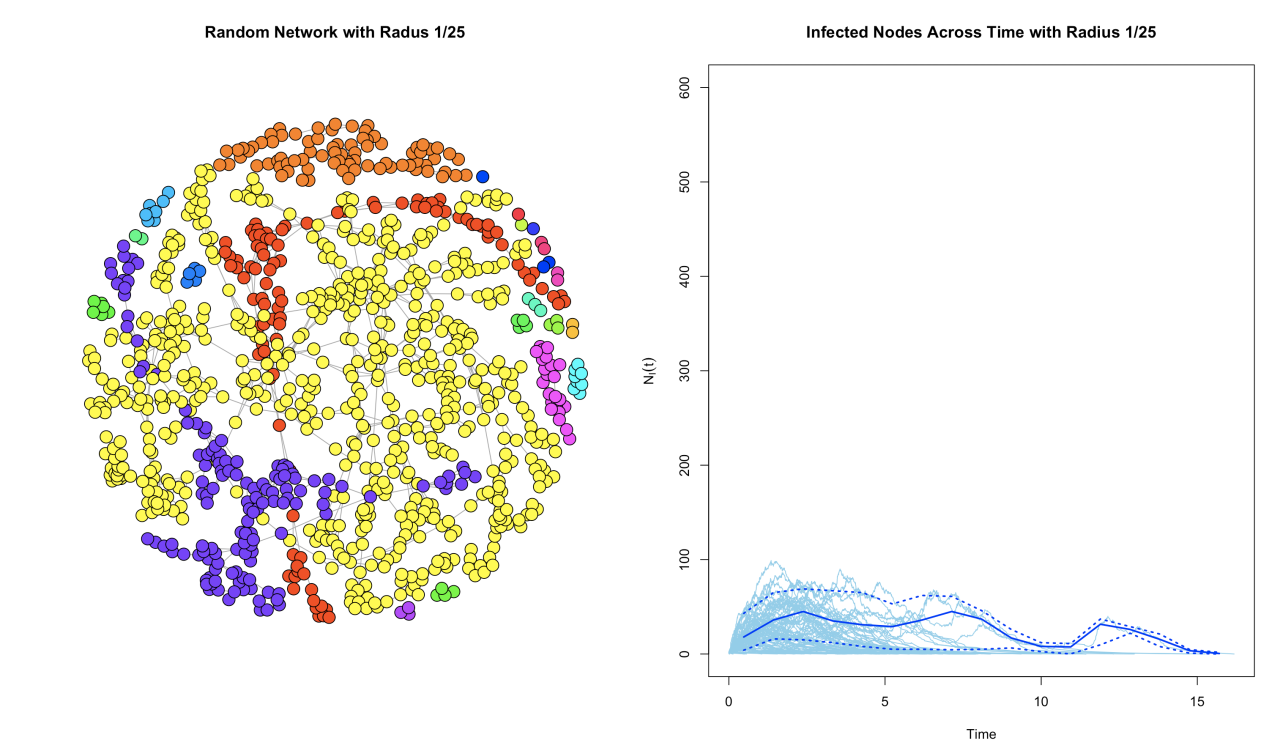 The image on the right shows the same number of individuals as in Scenario 1, but with a lower network radius. The network radius determines the degree of connectivity of the individuals in the network. This network has a larger number of clusters than the previous one, meaning that not all individuals are interconnected. The image on the right shows the contagion rate over time. The contagion curve is much flatter than in the previous example. 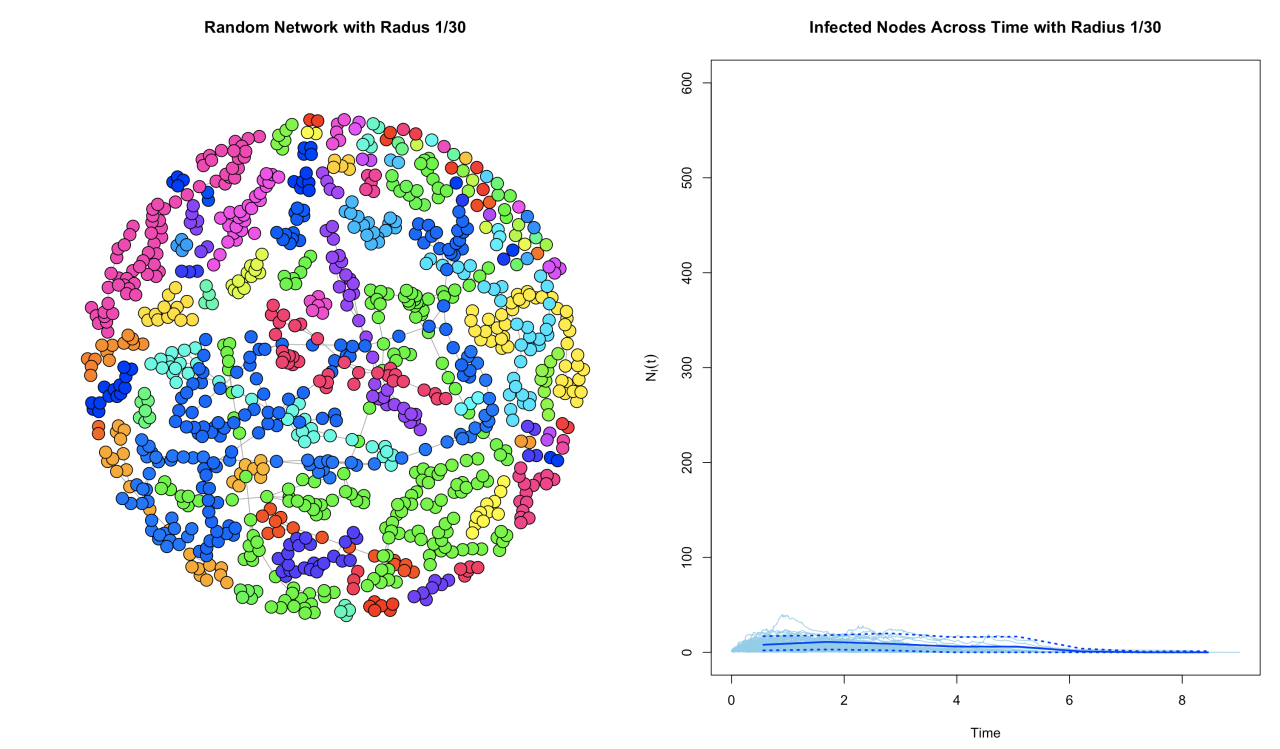 These simulations show the impact of the shape of the network on the contagion curve. The degree of connectivity influences the shape of the curve. The interesting idea is that the virus is the same in the three systems. Only the shape of the network (the way in which the individuals interact) changes. We do not attempt to explain the contagion of COVID-19 in this short article, we only visualize a relationship. Nonetheless, in these times of isolation and prevention, these illustrations can help us realize that by changing the shape of our network, we impact the system we are part of: the global network of citizens around the world.

Below you will find the code we used to build the simulation in R. 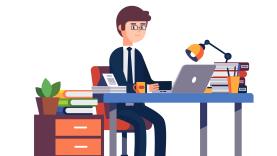